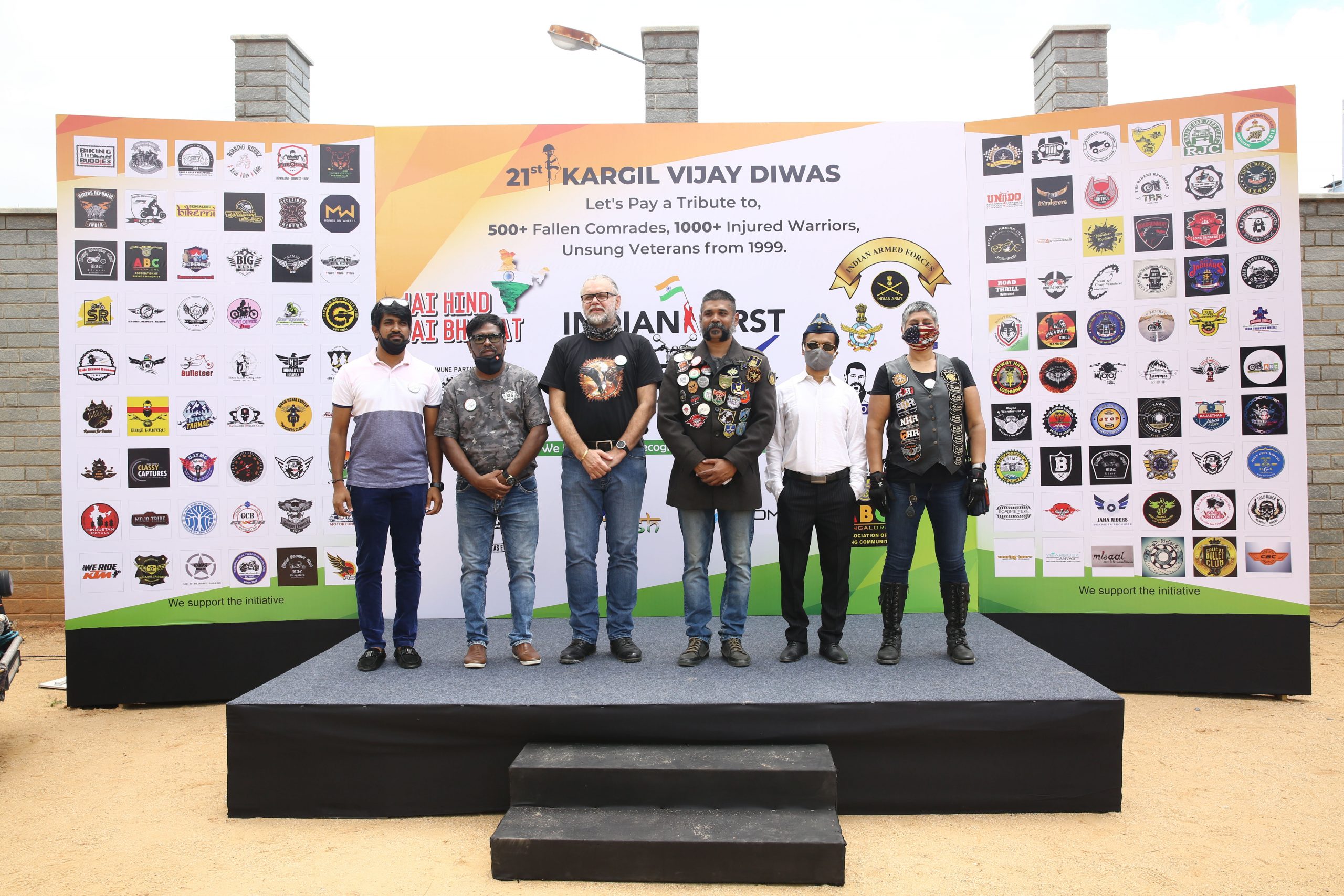 A Tribute to fallen heroes on 21st Kargil Vijay Diwas

Bengaluru, 27th July 2020: Umesh Gopinath Jadhav, founder of Muzicause (a music band for a cause) started his first historical road trip to meet families of martyrs (Fallen heroes), Veterans & Serving officers of Armed forces & Para-military forces across 28 States & 9 Union Territories. His objective was to build patriotism among the people, especially the youth by creating a map of India in Jammu and Kashmir with the collected soils of the martyrs. Umesh's mission was completely supported through a crowd funded project which mainly consisted of bikers who helped him with his travel expenses.

Big Biking Commune, largest aggregator platform for the biking community stepped in to support Umesh Jadhav's patriotism towards the unsung Kargil war heroes of 1999, where he had collected the soil of 70 martyrs who had given their blood and soul to save our nation.